Merry Christmas from
Some Assembly Required! 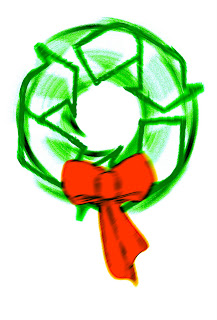 I couldn't wait until Christmas Eve to upload this week's episode... It should start airing around the country closer to December the 25th, but for now you can enjoy it here as a Podcast.

As I said when uploading the first Xmas Mix, in 2005, Christmas is pretty much the only holiday I still get excited about, and I've been working on this episode for the past couple of months actually, trying to get it just right. I think it turned out pretty good. Check it out HERE.

It's been five years since the last Christmas Theme! In fact, the Podcast began on December 21, 2005 with the first Xmas Mix (Still Available HERE) and I started uploading actual episodes a couple of weeks later, in January (2006). So, next month will be the 12th Anniversary of the show AND the 5th Anniversary of the Podcast. Yeah!

It's been a great five years on the web, and twelve on the air...
Thanks for listening and Merry Christmas,
Jon Nelson


www.some-assembly-required.net
Posted by Jon Nelson at 9:30 AM

It's just not XMass without SAR XMash! thanks for an updated version!