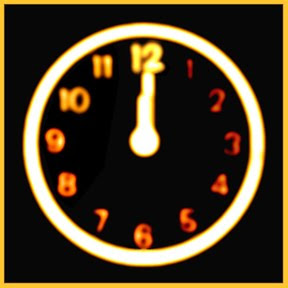 As you may know, the 12th Anniversary of Some Assembly Required is just around the corner. January 24, 2011 will mark the end of one dozen years of programming. The news today is that it will also mark the end of the show, as I've decided to make the twelfth year the last.

It was a tough decision, made over the past summer as my wife and I became parents for the first time. I'm looking forward to taking all the special attention this program has taken for so long, and giving it to my family.

Thanks to everyone who has shown us kindness over the years. This is an unusual program, and the level of its small success has been amazing, especially considering how far off the radar so much of it has been. It's not as true now as it was in 1999, but sound collage is still a genre which smacks of the underground, and I'm very proud to have been able to expose so many people to it.

Some Assembly Required has been in syndication as well, since 2001, where it quickly went from those 1st three stations in Monticello, Chicago and Minneapolis to well over sixty, just a couple of years later. The number of syndicating stations has fluctuated over the past decade, but we've been at least two dozen strong since 2003. I'd call that a success, especially when considering the often challenging nature of our programming, and the largely unimaginative character of most stations on the radio.

Thanks again for your support and for all the email. It's been great getting so much feedback, from all around the world. With a little encouragement I'm sure I could be convinced to produce an annual update or two. We'll see how I feel after a year off. If you've got something nearly 100% sampled which you'd like me to hear, I'll be maintaining my new Post Office Box indefinitely and would look forward to hearing new sound collage for a long time, I'm sure.

Stay tuned for the final episode in January and don't forget to take a listen to the new Christmas Theme. The Special 2010 Christmas Episode is available HERE.

Sad to hear about the ending of the program, but it's been an awesome 12 years. Best of luck to you in future endeavors.

You may never know how many people you have delighted and/or influenced! Thanks so much for all your efforts.

Well, I'm a new parent myself, so I totally understand. I hope you leave your archived old shows up.

So sorry to hear that it's coming to an end, but glad to hear that you're embarking on the great adventure of parenthood!
Some Assembly Required is both legendary and inspirational. You could also take pride in the fact that you've highlighted so many great, otherwise obscure artists. There are a lot of collage and mashup people I wouldn't know about if not for SAR.
Hats off to you, sir!
Rich

Congratulations on your big announcement! Since becoming a first time Dad myself at the beginning of this year, my life has been transformed entirley for the better. Having a child truly is the most wonderful thing a person can experience. I am very happy for you. Thanks for the show, it's been an institution all these years.

I have loved your shows over the last 8 or so years that I've been listening. I've had a number of girlfriends, addresses, ipods and jobs and through them all you've been there to remind me that there are some amazingly creative people around the world who I would never have heard of without your show. You've illuminated as much as you have entertained, esp. with your interviews.

I don't have kids (yet) so I'm going to be selfish and ask you to do an annual update if at all possible even if it's just a blog posting with links to mp3s or interviews.

All the best and thanks for the happy times,

Can anyone recommend similar mash-up shows?

Thanks to everyone for the comments. It feels good to know the show will be missed.

re: recommendations for other radio programs - there are a few I've become aware of, which focus on some of the things I played on Some Assembly Required...

If you're interested in mashups specifically, you might try Radio Clash Podcast, in the UK. For turntablism, Resonance FM has a show called Turntable Radio.

For more experimental stuff, Don Joyce is still doing his live mix show, Over The Edge, in California, and I believe Phineas Narco does something similar called Plundercast.

I should point out that I have not been a regular listener to any of these shows, but hope to be able to tune in more now that I have the time.

Thanks for the recommendations, Jon. Nothing will ever replace SAR's opening jingle. The episode with the J. Cash / Zep mash-up was like Church. I discovered SAR at the same time as Over The Edge, good times. I'm grateful to have been aware of this soon-to-be legendary show.