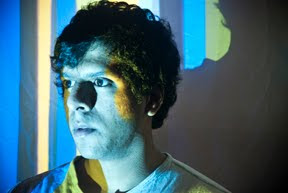 This week's Q&A is with Junk Culture's Deepak Mantena.

There's not a whole lot to be learned about Junk Culture, on the internet (at least, not at the time of this writing). Thanks, however, to a link to his twitter account, I can tell you he appears to be a fan of Freaks & Geeks, Julia Roberts and Sudoku... So, that's kind of interesting.

A look at his biography information on Facebook only reveals that a boy band by the name of Lyte Funky Ones was an American three-man pop/rap group consisting of Rich Cronin, Devin Lima and Brad Fischetti, and no, I don't think that has anything to do with anything... not really.

It CAN be said that Junk Culture has been performing a lot of shows, including four with label mate, Girl Talk, last year, and also that there are a couple of videos to view at their website. Check it out HERE.

Without further ado, here's the SAR Q&A with Junk Culture...

*Are there any additional names used to describe this project: Not yet. Brorock, maybe?

*Do you use a pseudonym? Not yet.

*Members: Two (Deepak Mantena & Nitin Mantena) - I sing and play samples and record the jams and my brother Nitin plays drums. My friend Harrison is going to be playing drums for me on a tour with Tobacco in September.

*Tape manipulations, digital deconstructions or turntable creations: I haven't exclusively defined the means by which I make music because for my music making purposes the means are the least important thing to me. I want the freedom to make music with any tools I want without letting the tools define the band.

*Another genre descriptor: Genre-wise I've been thinking of my music as cosmic r&b, which I think is especially apt for how I want the material moving forward to sound.

*Why you use this descriptor: I really love the production of a lot of 90’s r&b music, from the instrumentation to the vocal treatment. It's something I kind of wanted to emulate in some of my new material. I guess the cosmic part is because the new material is not straight up r&b, it's definitely a little out there. Plus I have a huge interest in outer space and astronomy, so I guess all that stuff just made it feel like an apt way to describe some of the new material, which I feel is quite a bit different than the first record. (I had released music for 6 years prior under another name that just didn't seem to represent the material anymore. So looking through my record collection one day looking for something to listen to, I saw OMD’s “Junk Culture” and it just clicked. It really made sense with the material.)

*Location: I've from Oxford, Mississippi, where I've lived most of my life.

*What is your creative/artistic background: I've been playing and recording music since I was kid. I started on piano and guitar, but once I discovered the computer that became a new instrument to make music with. At the same time I've always loved doing stage plays when I can and working on short films. So those three things continue to spiral into taking up the largest amounts of my time.

*History: Junk Culture has existed since October of 2008, but I put out two records on my own under a different name years and years before that.

*Born: Nitin and I were both born in Idaho.

*Motivations: Despite being a huge fan of music, it's still inexplicable to me how certain songs can make me feel the way they do. That's something that transcends conscious reasoning, for me at least, and my motivation is to try and explore that with my own music.

*Philosophy: So far, my goal is simply to record material that evokes a strong emotion of some sort in myself. Not just this song makes me happy or sad or something, but strong emotions that have a physicality to them, that are ambivalent even, that I can feel in my stomach. If my material can accomplish that on some level for me, I'm happy to have people hear it in hopes that they'll have a similar reaction. I should say, these high level things are important to my process, but it's not my intention to be heavy handed about this stuff with my listeners. If people listen to my work and get something out of it, I'm pumped, even if it's not what I intended for them to feel.


www.some-assembly-required.net
Posted by Jon Nelson at 11:18 AM No comments:

A Brand New Episode is scheduled for next week, so stay tuned...

It's been awhile since I talked about all of the older Interview Episodes we've been featuring around here lately, so check out the list below, with links to each respective download...

This week's episode features our 2004 interview with Omer Fast, along with the complete soundtrack to his amazing video collage, "CNN Concatenated". Fast has a new solo exhibition opening next month at gb agency in Paris. Be sure to check out his page at their website, if you've never seen the full video for CNN Concatenated. Click HERE and then the "Online Preview" link to find the full 18+ minute video collage...

Also, remember, our Interviews Page has a list of every artist we've ever interviewed on the show, along with links to each and every episode. Check it out HERE.


Thanks for listening!
Jon Nelson


www.some-assembly-required.net
Posted by Jon Nelson at 12:53 PM No comments:

Posted by Jon Nelson at 8:01 PM No comments: 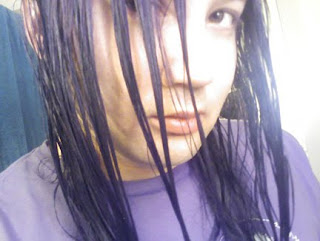 The Superfools are in fact one person, New Mexico's James Melendrez. He's a screen printer, artist and DJ, influenced by "everything he comes in contact with, from cds found at the public library, to the bizarre conversations overheard on the bus, or television commercials". There are at least a dozen different albums to download at his website. Check it out HERE.

Without further ado, here's the SAR Q&A with The Superfools...

*Are there any additional names used to describe this project: James Melendrez aka The Superfools

*Is there a story behind your name? The Superfools got its name from the 80's song “We built this city on rock and roll”. I used it as a sample track on the first album. That first album spoke to me with its words that came from other artists.

*Original Location: Grew up in Dallas, Texas and was born in El Paso, Texas in 1977.

*What is your creative/artistic background: I work as a successful screen printer in Albuquerque, working on movies and TV shows and political printing. Also a part of a Union for printing. Started to make music in the summer of ’99, jumping from computer to computer. I quickly became friends with anyone who would let me use their music programs.

*History: The Superfools started as a joke with my friends to see who could make the best mix tape. I joined a college radio station around that time at New Mexico State University. My show was called the Jesus show and I played my first album on air. The Program Director was not all that happy, but Superfools was getting a lot of buzz over the things I was doing. I was DJing at a lot of local bars at the time.

*Motivations: My motivation comes from a basic need to make art because I'm an artist. It's just in us as artists we have to create. Also I get a motivation each time I create something new. It makes me want to create more and do better. Artists are just born with this basic need to create from birth.

*Philosophy: The philosophy behind the band? Don't know because the fools are always changing and I sometimes have no control over my subject matter. Pop culture just happens.

We've played eight of our favorite interviews over the course of this past quarter, and I hope you've been enjoying the show. I plan to continue with this series, on a smaller scale, over the next several months, in order to make room for some brand NEW episodes, starting next week with Episode 255...

There will also be some new Q&A's coming up. If you've been a fan of this series, stay tuned for online features with artists such as Flying White Dots, Junk Culture, Los Kinkos, Rokhausen, The Superfools and Timmy The Tapeworm. I'm hoping to work on more as well, so stay tuned!


www.some-assembly-required.net
Posted by Jon Nelson at 11:09 PM No comments:

Posted by Jon Nelson at 9:09 PM No comments: