Three episodes in seems like as good a time as any to say Hi, here at the blog. Hello.

I posted a Christmas episode in December and then the first proper episode, since 2011, earlier this week. The next two episodes are a look back at my 2000 interview with Negativland’s Don Joyce, recorded over 20 years ago.

About halfway through producing these four new episodes, I decided maybe this was enjoyable enough to continue doing. Initially I thought, 'yeah! I’ll get on the horn and see if any of the old syndicators are still interested, I’ll schedule a new one every week! It will be just like old times!' Then I remembered how hard I ran out of steam, 10 years ago... 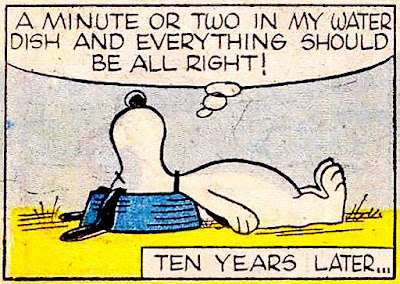 So, I’ll do a monthly podcast, instead. The show had expanded into a podcast anyway, by 2006, in addition to the syndicated radio schedule, and in the years since "retiring" the show, podcasting seems to have come into its own. Feels that way, anyway. Far fewer questions now, from people, about what it even is.

It’s radio, but on your schedule, online. Perfect.

Anyway, I plan to continue, monthly, from here. I'll burn out again, eventually, but it will be fun, in the meantime. Like it used to be! Like it was, back in 2000, when I mustered up enough courage to get Don Joyce on the phone, and blasted through a long interview with him, despite having little idea what I was doing.

There are countless resources, by the way, for neophyte radio hosts looking to learn how to conduct a professional radio interview. I consulted NONE of them, before reaching out to Don, in the Spring of 2000. Armed with nothing more than a page of basic questions and an above average case of nerves, I dialed California and held my breath.

Twenty years later, listening again to what was my first ever radio interview, I’m surprised how good it came out, considering the circumstances. I had no idea how all the connections in that little studio were managing to take his voice out of the old fashioned telephone receiver, and plunk them down digitally, with mine, onto a (modern-for-the-time) recording device which used "mini-discs" to preserve our conversation.

Don Joyce is a legend. If no one's said it yet, let me be the first (I'm definitely not the first). His work with Negativland (he called himself 'the tape guy' of the group) was and continues to be an important factor in the band’s ongoing evolution. 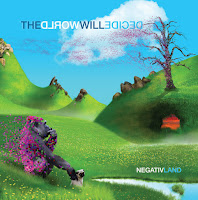 Though he passed away in 2015, you can hear his input on two new releases: “True False” (2019) - which Don guessed, back in 2000, they just might eventually put together, based on the tour they were promoting, at the time. And its Brand New companion release, titled “The World Will Decide," which you can check out HERE.

Part Two will be up soon. For now, here’s Part One of my first ever interview, for Some Assembly Required. I’m including the whole recording, as a kind of time capsule, but couldn't resist playing some music, too.

Check out Part One HERE.

Thanks for listening,
Jon

Great to have you back Jon! Looking forward to the new episodes...